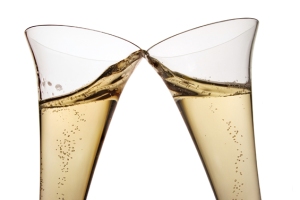 Fleur and I have now been in a relationship together for one year! As a whole it has been a really good year and we’ve been really good together. We’ve had a couple of rough patches but we came through them – you can’t imagine it will be smooth sailing all the time, we’re different people after all.

This is the first time that I have been in a happy relationship. In my previous relationships I never felt comfortable as myself and so was very shy, found it difficult to talk and almost impossible to open up honestly – leading to lots of lies. I don’t know whether it is due to me being much more mature and comfortable in my skin now, or whether the chemistry is just ‘right’ between us, but I don’t have that problem this time around. I don’t really feel that I have to lie to Fleur, which makes life much easier. It is nice to have somebody to do things with and to talk to on a day to day basis. The loneliness I had experienced for the five years prior to meeting Fleur were crushing and had affected me greatly. Having somebody who is willing to indulge in my sexual kinks is also incredibly satisfying and exciting – though we are definitely lacking something in this department and that has me concerned about our future.

I do have some difficulty adjusting to being in a relationship. One thing that I miss is the excitement of possibility. When I was single and I left the house, I was always excited that I never knew who I might meet and what might happen between us. There was more that was ‘unknown’ and a lot of different possibilities went hand-in-hand with that. Of course, nothing actually ever happened and I never did meet anybody – which makes being single for me worse than being in a committed relationship – but that loss of excitement does take something away from me.

I still need more time to get used to no longer being an individual. OK, technically I am still an individual with my own interests, beliefs, feelings and activities outside of the relationship – but you no longer operate as a single person once you are in a relationship. I’m paired with somebody, which means that I consult with her when making plans and big decisions. It feels a bit like I have lost some freedom. In truth I haven’t really lost freedom, as the number of things I can now do because I have somebody to share activities with has increased – I have however lost some spontaneity.

There is still a lot that I am uncertain about in our relationship as we still have some large stages that we haven’t crossed (living together, full penetrative sex…). I wonder whether the relationship will continue until we have crossed these paths or if we will not reach them? I am concerned about committing with so much uncertainty…